Victorian shooters have taken out the finals of Miroku Champion of Champions Series and Lithgow Arms Graded Challenge.

The events, new in 2016, saw our best shooters battle it out during the year culminating in two fantastic finales at the Sporting Nationals in Brisbane (14 – 16 October).

Adam du Rose beat a strong field of six shooters over 25 targets to take home a Miroku Deluxe U/O Shotgun and the title of Miroku Champion of Champions, while Matt Hall came out on top in the Lithgow Arms Graded Challenge.

Congratulations to all the competitors who qualified for the finals. Special thanks to Outdoor Sporting Agencies for sponsoring the events. 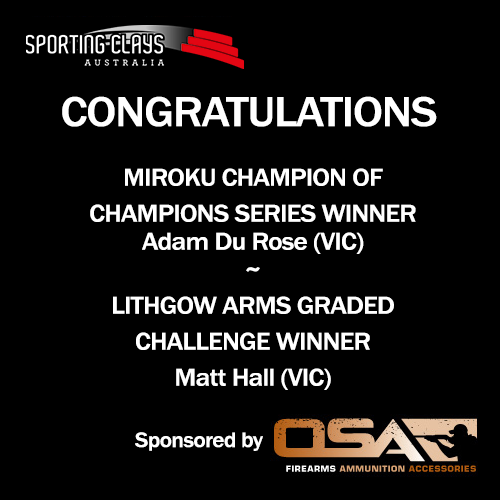