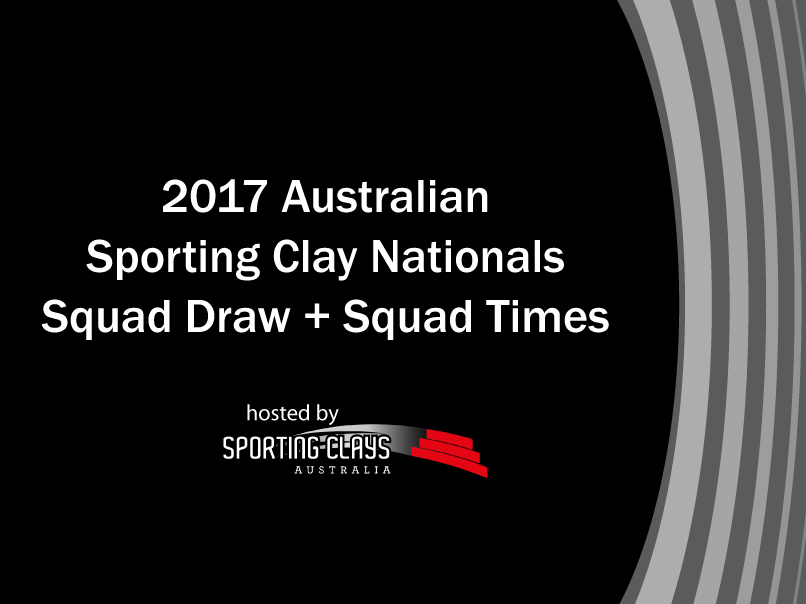 Squads and Squad Times for the 2017 Australian Sporting Clay Nationals have been released.

There’s just over a week to go until the Nationals kick off for 2017. The biggest event on the Sporting Clays Australia will see the best go West for three exciting days of competitive shooting.  You can also catch the final of the OSA ‘Champion of Champions’ series on Saturday afternoon (9 September).

There’s still time to nominate but you must enter online via the Sporting Clays Australia website before the event: NOMINATE HERE.

WE LOOK FORWARD TO SEEING YOU THERE.