Current Standings of the “Champion of Champions” Series 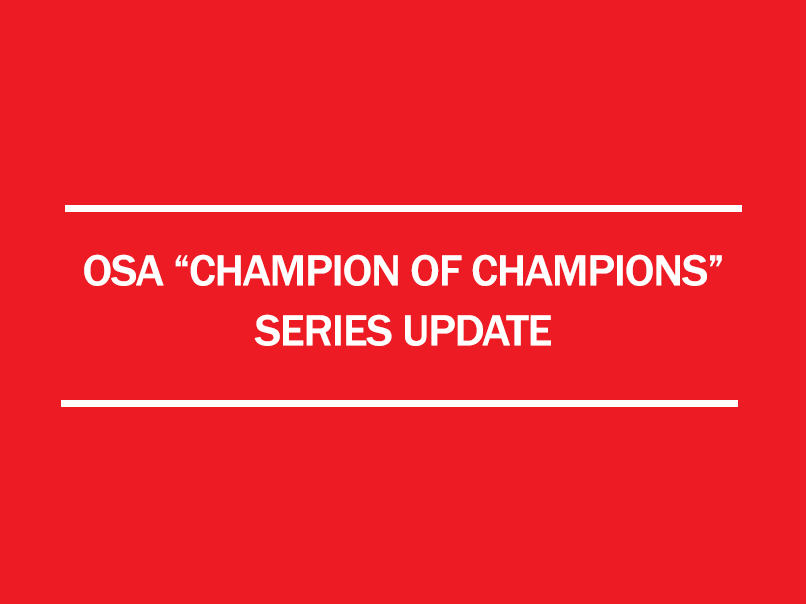 Current Standings of the “Champion of Champions” Series

With three of the four qualifying events for this fabulous Series completed for 2017, 21 competitors have already managed to attain their three qualifying scores.

Only the various State Championships remain and there are large a number of shooters who can still get three qualifying percentages on the board to be in contention for a place in the Top Six. The Top Six will shoot-off at the Nationals in Geraldton for the prize of a Deluxe Miroku U/O Shotgun donated by OSA who originated this unique event last year in Brisbane. The shoot-off will be held on the Saturday afternoon (9 September 2017) using an “Old Style FITASC ” layout. This will be a great opportunity for fellow competitors to view the best of Australian Sporting Clays competitors in action.

The current standings of competitors who have the opportunity to post three qualifying scores can be accessed below. Be mindful that they also have the chance to increase their score with a good result at their respective State Championship. Only competitors who are members of that particular State may gain a percentage at the event. The shooters who have already shot their three qualifying scores are at the top of the list, with the remaining names listed in alphabetical order.

We thank OSA, our generous sponsors, for their foresight in allowing all competitors to enter this event. I’m sure the winner will not only celebrate their achievement, but also value the fantastic prize they will receive.