2017 Australian Sporting Clay Nationals Round Up 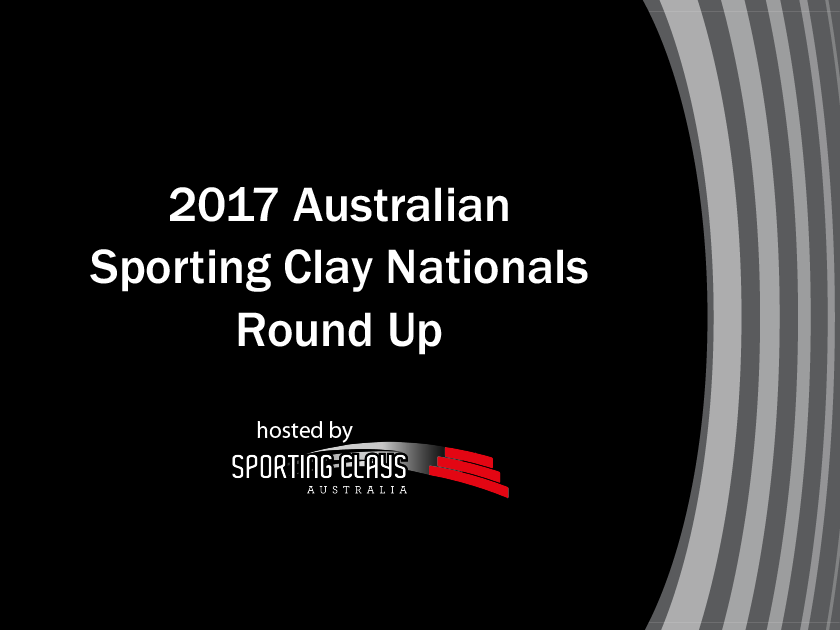 2017 Australian Sporting Clay Nationals Round Up

More than 260 shooters made the journey to Geraldton, Western Australia for the SCA 2017 Australian Sporting Clays Nationals from September 8 – 10. Competitors came from across Australia as well as New Zealand and New Caledonia, with Brian Deadman from NZ ultimately taking out High Gun after three days of superb shooting.

The varied terrain of Echidna Park gave range setters plenty of options on how to present the 200 targets to competitors. There were eight grounds in operation, all with a different degree of difficulty, making it hard to predict who the winner was going to be right to the last target. Thirty shooters made the 25 Straight list, with John Younger claiming three perfect scores throughout the comp. Ground 4 (GB/Corsivia) caused the most trouble across the field, while ground 8 (Beretta) saw the best average score and won the peoples’ vote for best views.

Fog and wind made for some interesting shooting on the second and third day of competition, although the weather was fine otherwise. Junior, Cameron Kivinen, was a standout and ended up with fourth place overall. It was a hard-fought contest in the Open category with just one target between the top 5 placegetters in the end. Brian Deadman got one back for New Zealand by winning the Australian title after John Younger took out the NZ Sporting Clays Championship in February. It was also tight in the Veteran and Super Vets with both requiring shoot-offs to decide the final placings. Full results are below.

Ian Grant (Echidna Park Presdient), the team at Echidna Park Sporting Clays and West Australia Field & Game Association, and everyone involved in putting on the event need to be thanked for their countless hours of preparation and planning. It was truly a world-class competition.

Thank you also to our Event Partners for supporting SCA and the shooting community. Beretta, GB/Corsivia, Outdoor Sporting Agencies, Perazzi and Winchester supplied a total of 13 firearms as prizes along with 30,000 rounds of shotgun shells. It was fantastic to have representatives from these sponsor companies at the event to present prizes to the shooters on the podium. 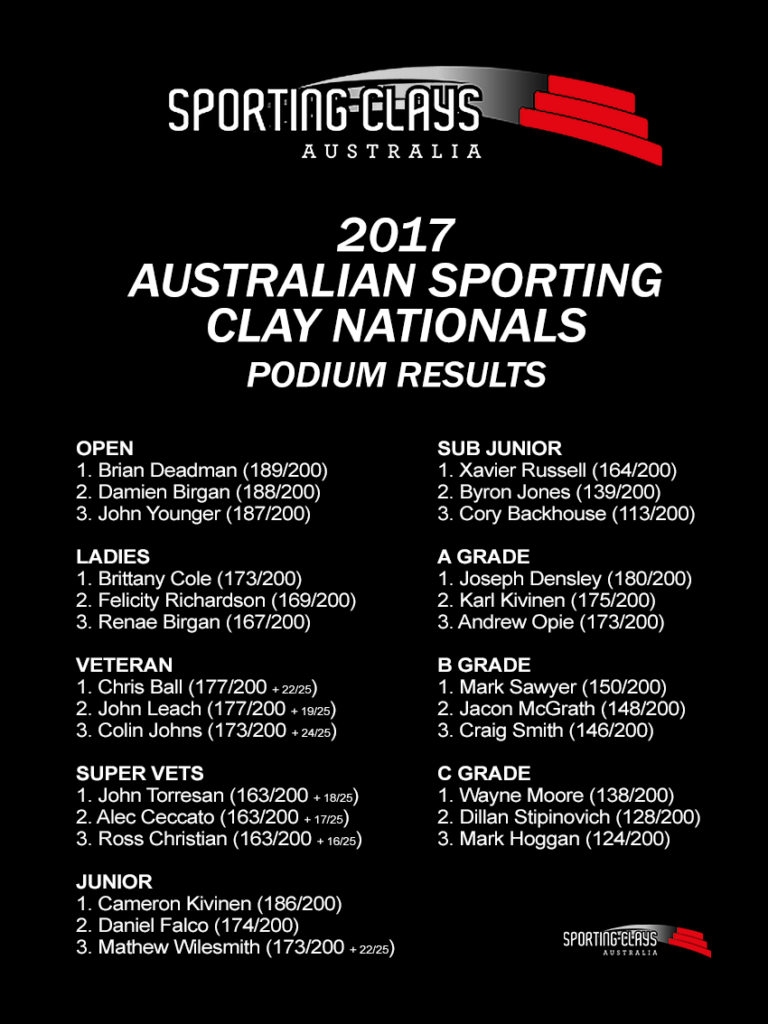