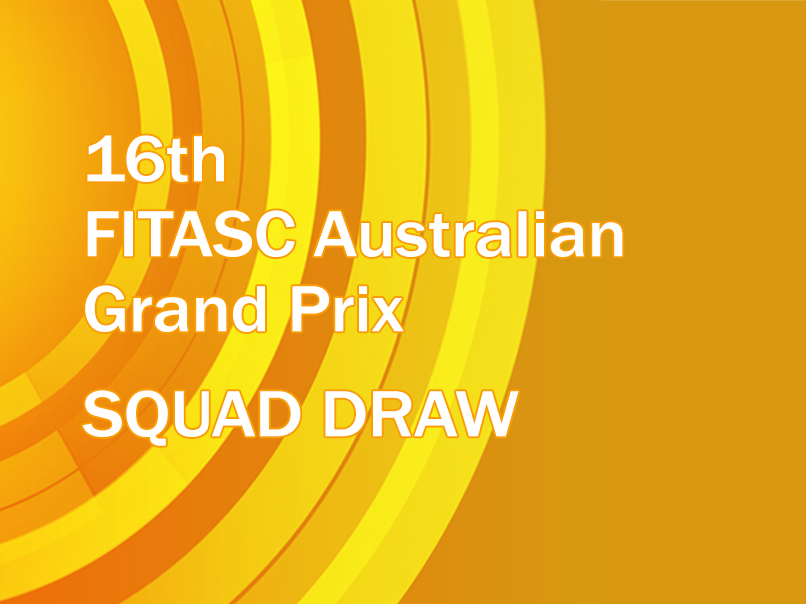 The squad draw for the 16th FITASC Australian Grand Prix has been released.

Squads and start times can be found below. The squad rotations are different over the two days of competition so note your start time for Saturday and Sunday. As there is a full field, time is important for the competition flow. Advertised start times are at Stand ONE – not at the club house. If you are not present by your designated time, your squad will be starting without you and targets not shot in rotation will be scored “lost” on the score card. The Australian Grand Prix is an international FITASC competition and the Rules of FITASC apply in full.

A reminder about shooter numbers:

Rocky Gully Sporting Clays will be open from 8.00am on Friday 9 March if you want to get some practise targets in. Food available from midday.

Need ammo? GB and B&P cartridges will be on sale at the grounds throughout the Grand Prix.